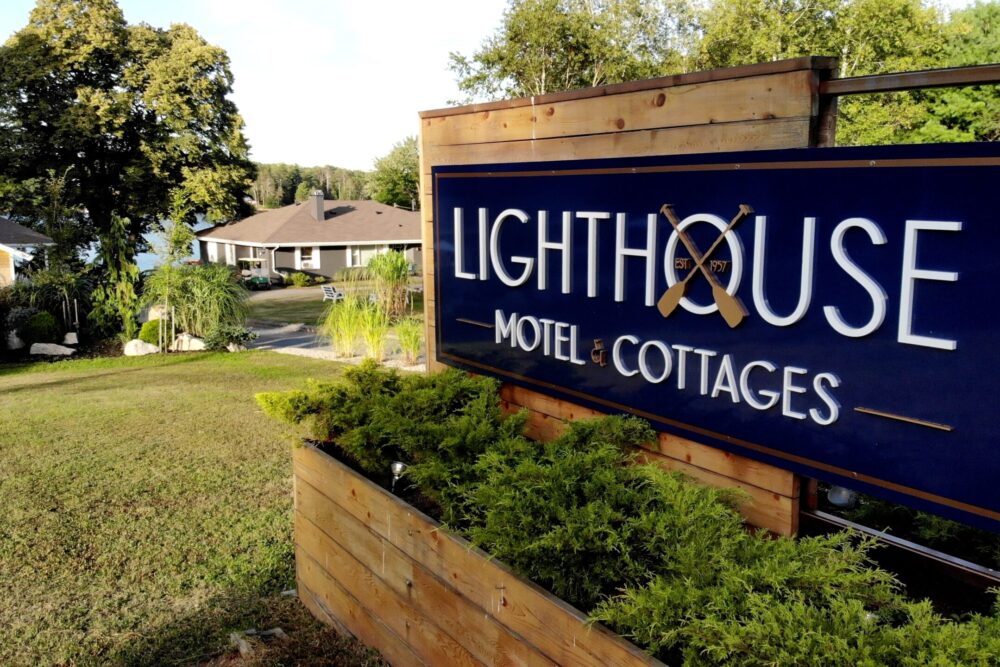 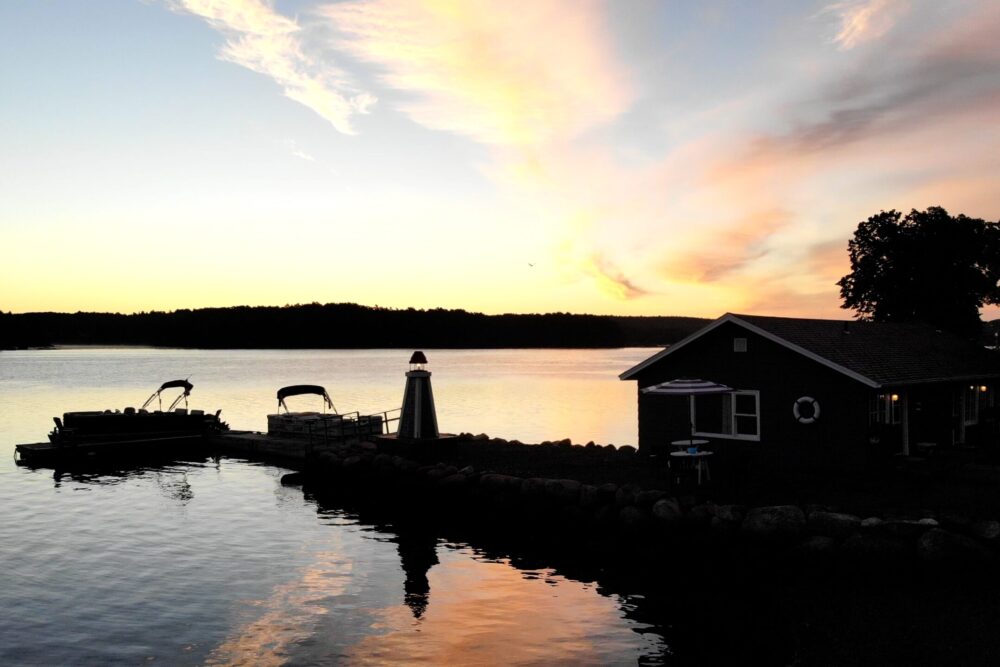 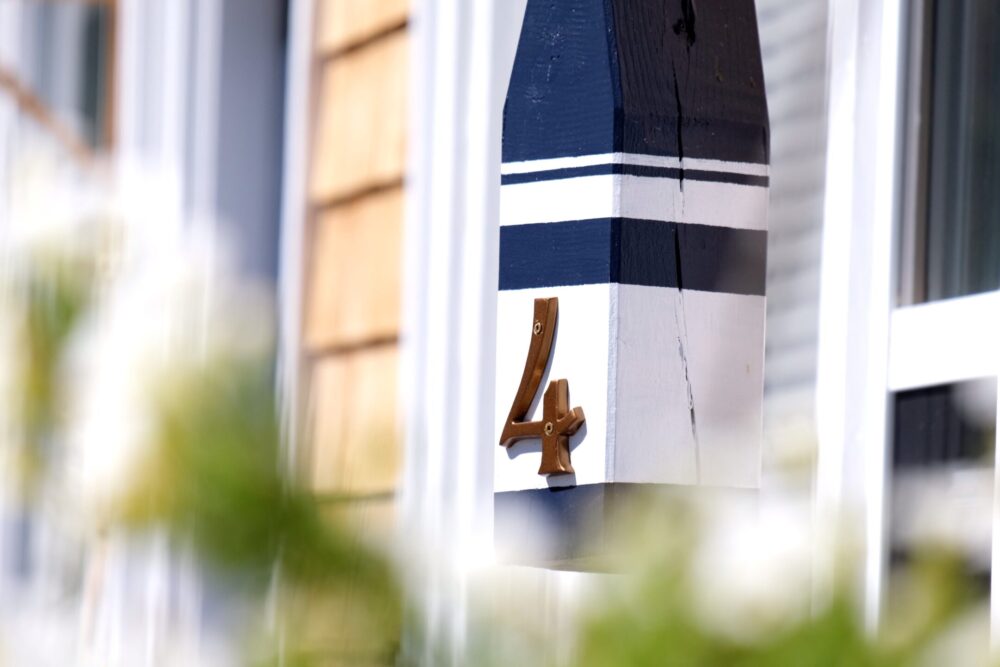 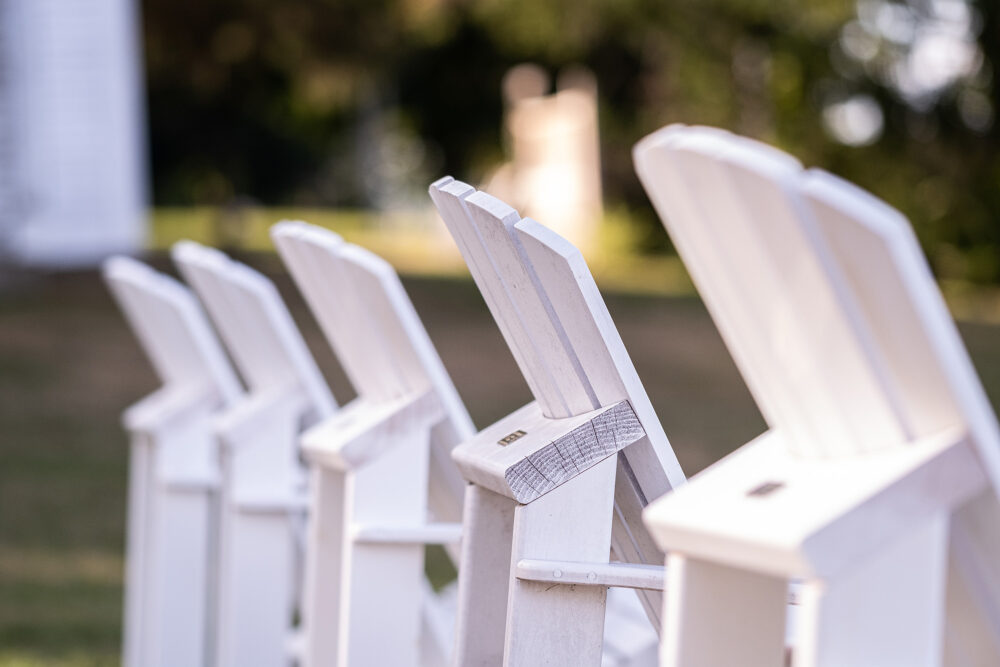 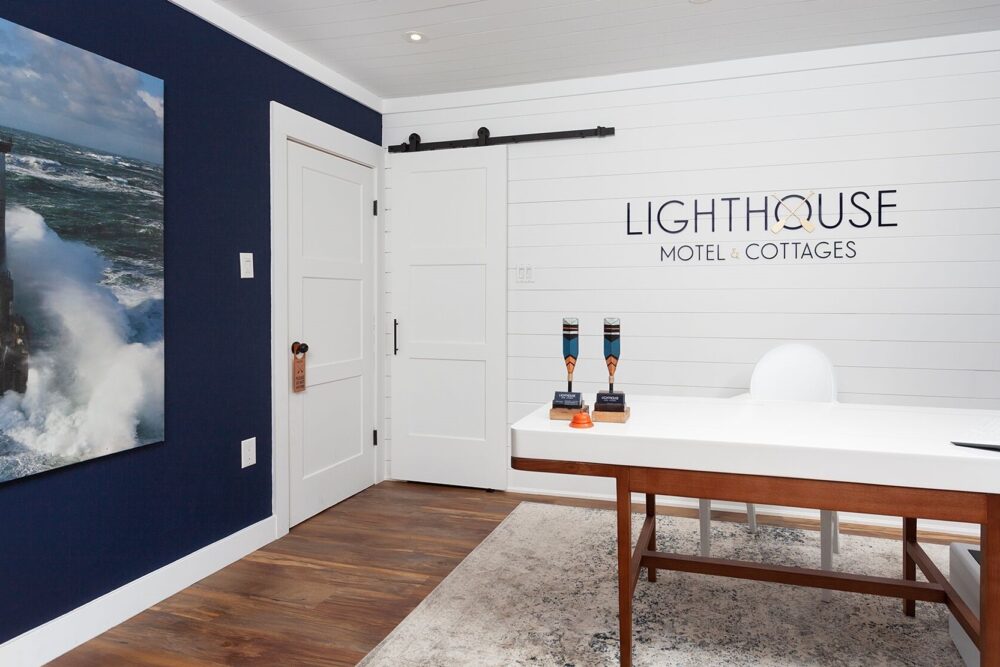 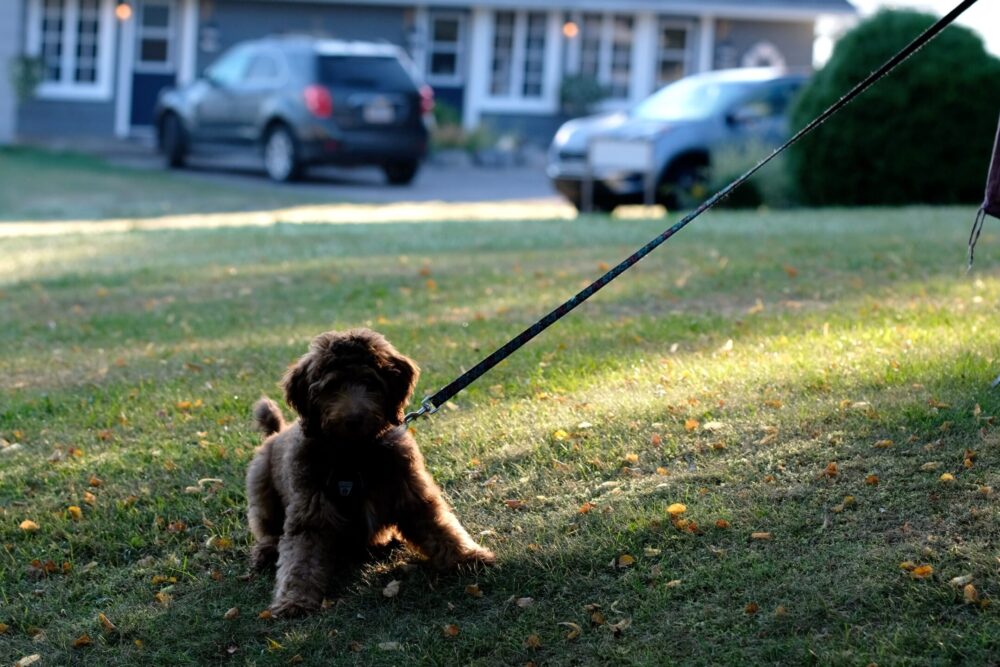 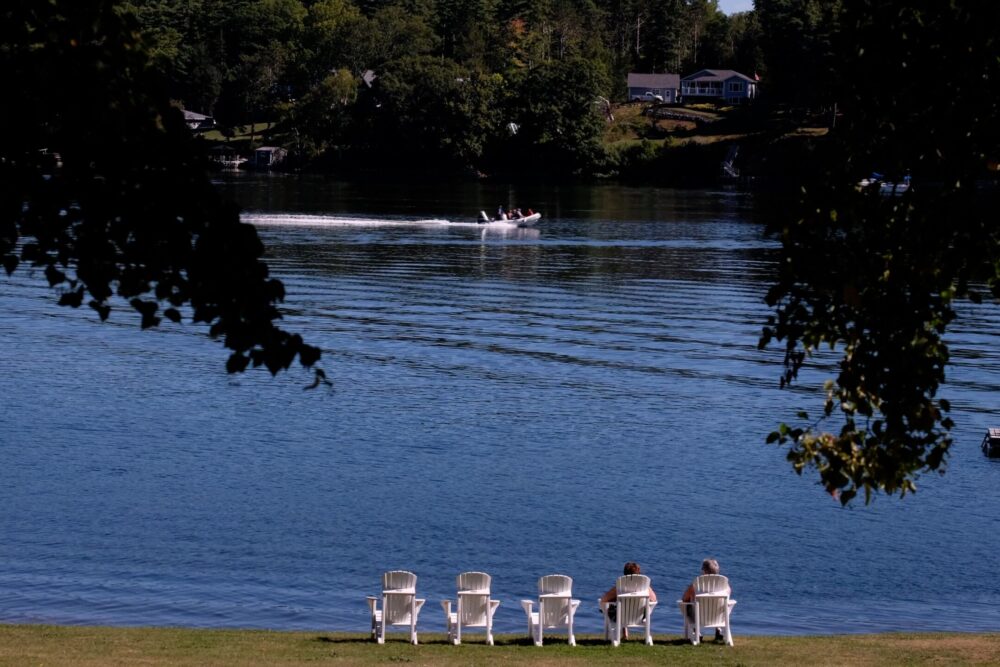 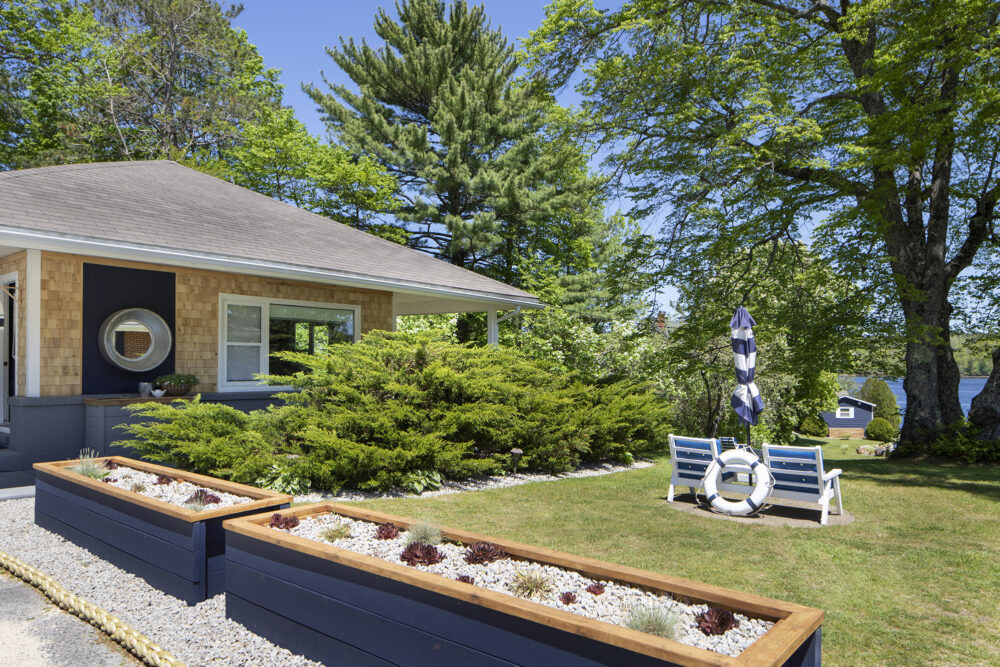 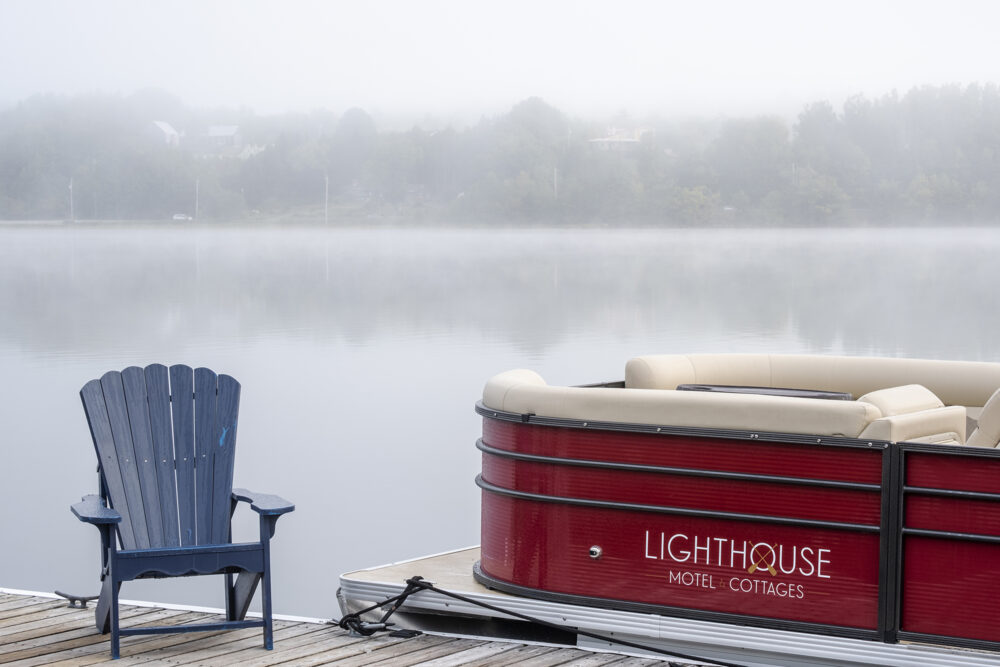 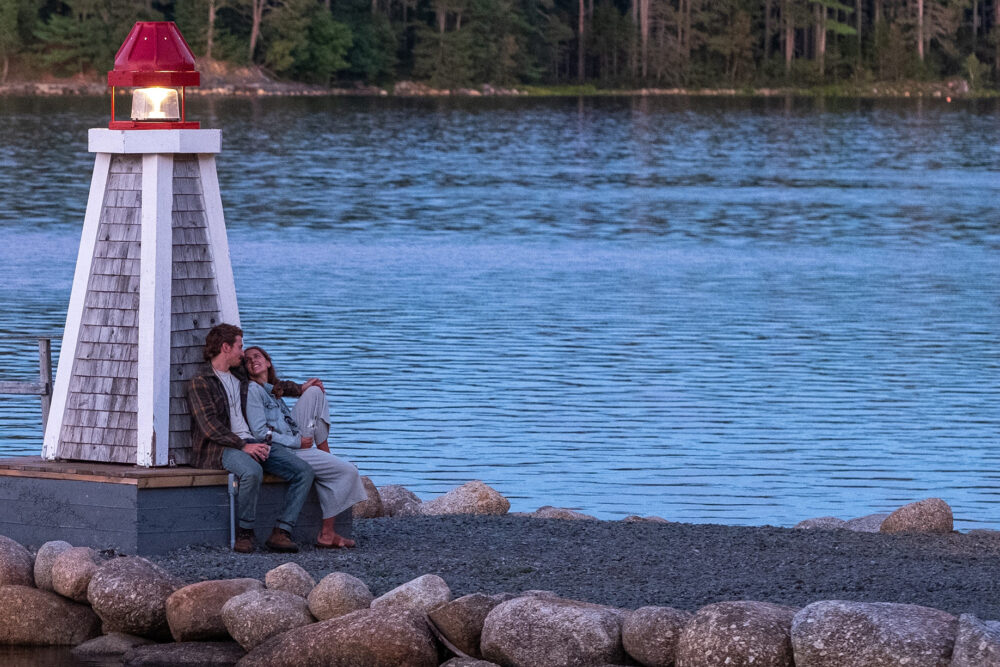 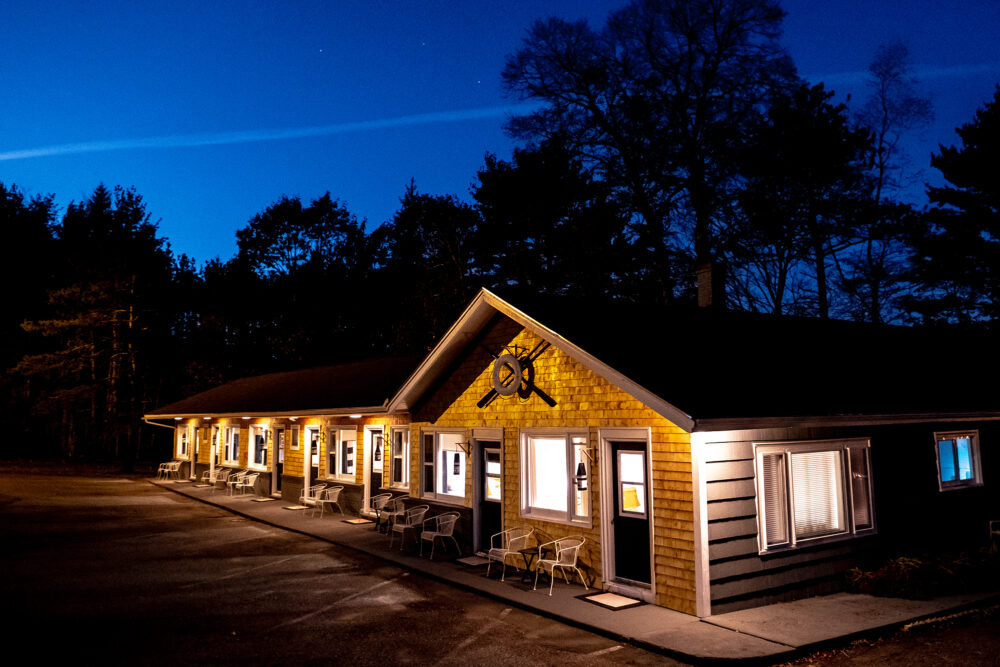 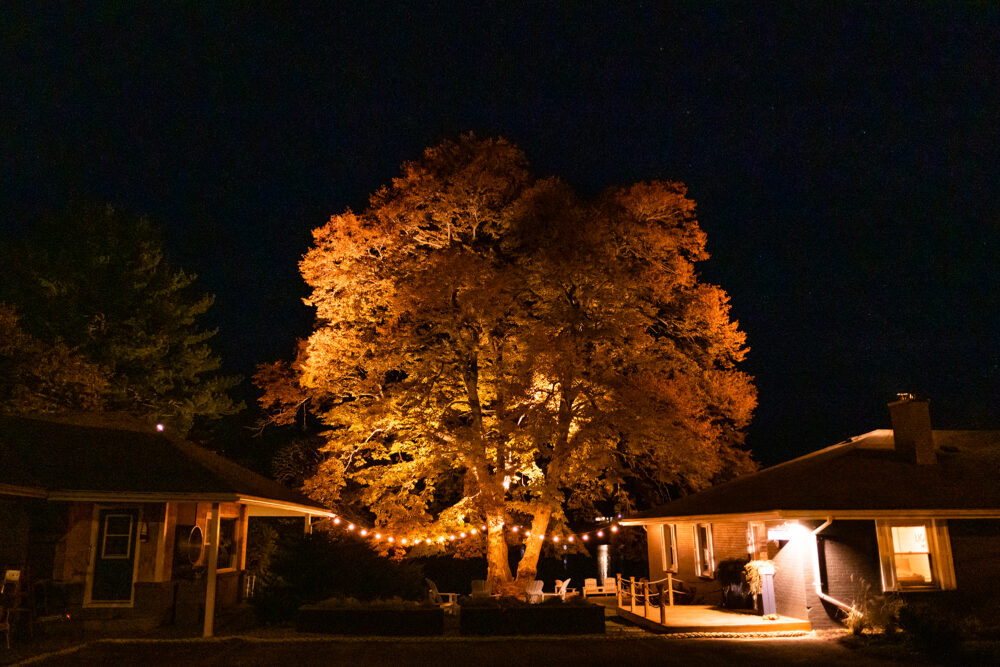 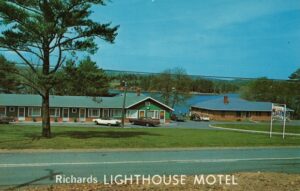 We immediately felt welcomed upon moving here in 2017. Deciding to match our talents, creativity and passions with something we really loved and could share, we left our “big city” jobs and headed out East to our new home of Nova Scotia. Like both of us, the Lighthouse Motel had been through many incarnations the six preceding decades. 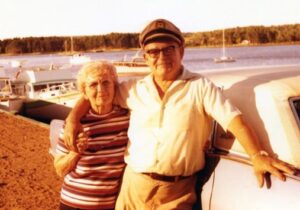 As the motor age made it easy for families and friends to hit the road to make new adventures, the 1950s saw a surge of the roadside motel, and this new explorer trend inspired the entrepreneurial spirit of Ralph and Helen Richards. In 1957, they built the mid-century style building that was known back then as “Richards’ Lighthouse Motel” and was touted as “a luxury place at popular prices.” Although Ralph and Helen are no longer with us, their legacy continues and has been honoured with the restoration of the motel as it is today. The detail of their craftsmanship is evident in the quality of materials they used. It is those elements that we have lovingly protected by breathing in new life. A decade after building and running the place, the Richards sold to the Wilson family (who converted the original boathouse into a 3-studio cottage). We estimate it changed hands another six times since then. 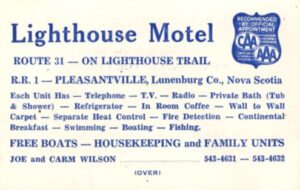 We come with a combined professional background in real estate development, finance, arts management, event planning and hospitality. Driven by a deep passion for history, all things design, international travel and a genuine interest in meeting new people, we made this our next chapter.  With “a bit” of dusting off, scrubbing and sanding, painting and rebuilding, what was once old and tired got more than a facelift, it was rejuvenated. Our goal? Bring back the lustre and celebrate the nostalgic charm with equal measure of modern comfort and whimsical detail.

“You are only as good as the ones you surround yourself with”. Our hearts are filled with gratitude to our Nova Scotia family. They exemplify the true essence of community that is quintessential Nova Scotia. Our vision would never have come to life without their support and dedication, hard work and friendship.

It is with the assistance and friendship of these special individuals and the support of the Lunenburg County business community that has sparked a new light on the shores of the LaHave.

We invite you to the rugged beauty of the South Shore and experience our salute to retro-inspired accommodations.  Find out for yourself why it’s so easy to fall in love with Nova Scotia. It all begins when you encounter that truly extraordinary Nova Scotian warmth, kindness, humour and caring. It’s all right here at the reimagined Lighthouse Motel & Cottages.

About the LaHave River Valley

The LaHave River is one of the Nova Scotia’s longest, most beautiful and varied rivers. History has been made on the banks and islands of the LaHave River from very early times. Long before Europeans came to North America, the river was known to the aboriginal peoples who inhabited present-day Nova Scotia. The Mi’kmaq called the river “Pijelooeekak”, meaning “having long joints,” and it served as their canoe route between the interior of the province and the coast. Over the centuries, the river welcomed successive waves of settlers, reflecting various nationalities that made Nova Scotia their home. Most notably in 1604, the French arrived (and originally named it after Cap de la Heve in France) establishing the settlement as the capital of New France (Acadie) from 1632 to 1636 until the relocation to Port Royal (Annapolis). The name was later anglicized to LaHave (pronounced La-Hay-ve). By the start of the 20th century, the river became a major lumbering and shipbuilding centre.

“This has got to be one of Nova Scotia’s finest!”